A unique art project that looks at the inner workings of a hospital emergency department has opened in Warrnambool. 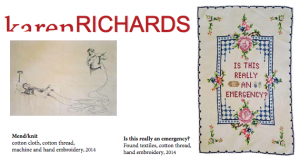 Artists Karen Richards, Gareth Colliton and Andrea Radley joined the South West Healthcare Emergency Department in Warrnambool for three months to observe staff and patients then make art in response to what they experienced. 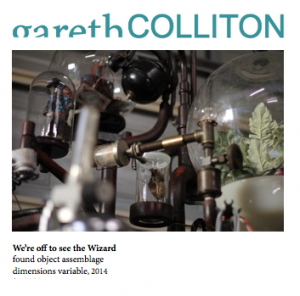 The `embedED’ exhibition starting on 15 November at Scope Galleries was conceived by Centre for Rural
Emergency Medicine (CREM) Director Dr Tim Baker who wanted to make the community better informed and less fearful of a hospital emergency department. 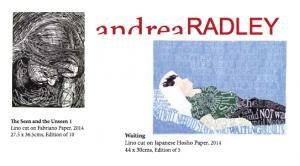 Dr Baker said he was inspired by artists being embedded in the military to chronicle life on the battlefield.

“We wanted to find a new way to engage and educate the community about what happens in an emergency department,” he said.

Dr Baker said it was helpful for the community and emergency department staff to have the perspective of an artist.

“We wanted artists to give their impression of what goes on in an emergency department and do it in a way that would be interesting for other people,” he said.

Dr Baker said he was unaware of any other projects using artists to show people what happens in an emergency department.

It was also a way for emergency department staff to get a different perspective on what they do. “We can be devoted to the technical things, so it’s fantastic to have people look at what we do and what we say in a different way. “We’ve received pretty honest feedback about some of the things that were great and some situations that they thought were surprising.”

Between November 2013 and March 2014, Mr Colliton, a painter working in oils, Ms Radley, a print maker, and Ms Richards, a textile artist working in embroidery, were based in the department.

They were signed on as artist volunteers and assigned to follow a doctor or nurse for two hours of their normal emergency department shift.

Ms Richards said the doctor or nurse had to introduce the artist to every patient and ask for permission for them to be present, which was nearly always forthcoming.

“It is quite nerve wracking to be working publicly, let alone worrying about being in the way in an emergency,” she said. “I had not seen much blood, guts or dead bodies and knowing that I could be exposed to any of these at any moment was unsettling,” she added.

Ms Richards discovered that as an artist people expected her to draw, giving her the opportunity to quickly record what was happening.

However, she admits the subject matter was sometimes overwhelming, with everything from car crashes to mental illness.

“I didn’t want to just illustrate these events; I wanted to capture something bigger about the nature of emergency, medicine and the body,” she said.

She had noticed a lot of black humour amongst the staff so began by making some cross stitch samplers with thoughts and quotations she had heard.

“They struck a chord with the staff and helped to break the ice,” she said.

“I became interested in the idea of the body as a meeting place for art and medicine – or the decorative and the functional.”

The CREM program includes research, education and community engagement to explain what happens at an emergency department.

The program has been funded since 2007 from Alcoa of Australia and the Department of Health. The funding has been recently renewed for a further three years.

The exhibition opened at Scope Galleries by Guy Ben-Ary at 6pm on Saturday 15 November.